The Last Summer of the Garrett Girls (Paperback) 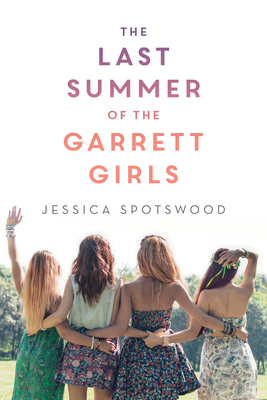 By Jessica Spotswood
$10.99
On Our Shelves Now

One summer will challenge everything the Garrett sisters thought they knew about themselves--and each other in this captivating new novel by Jessica Spotswood.

As the oldest, Des shoulders a lot of responsibility for her family and their independent bookstore. Except it's hard to dream big when she's so busy taking care of everyone else.

Vi has a crush on the girl next door. It makes her happy and nervous, but Cece has a boyfriend...so it's not like her feelings could ever be reciprocated, right?

Kat lands the lead in the community theater's summer play, but the drama spills offstage when her ex and his new girlfriend are cast too. Can she get revenge by staging a new romance of her own?

Bea and her boyfriend are heading off to college together in the fall, just like they planned when they started dating. But Bea isn't sure she wants the same things as when she was thirteen...

Told through four alternating points of view, readers will laugh, cry, and fall in love alongside the Garrett girls.