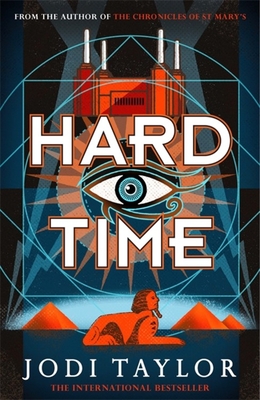 ''So much fun' BRITISH FANTASY SOCIETY

The Time Police do not have problems. They have challenges.

Idiots who want to change history have always proved 'challenging'. But now temporal tourism is on the rise - highly illegal but highly lucrative. If you're prepared to take the risk.

To face down this threat the Time Police will despatch their toughest undercover agents. Which is fine until the unthinkable happens. Replacements are needed fast and who better than three young officers who don't even look the part?

Step forward Jane, Luke and Matthew. They may be about to graduate, but there's still plenty of time for everything to go wrong. Throw in the Versailles time slip, a covert jump to Ancient Egypt and a race against Time itself and you've got yourself an assignment worthy of Team Weird.

'This got five stars only because I couldn't give it six!'

'I never thought I would love another series as much as St Mary's but the adventures of Luke, Jane and Matthew just keep getting better and better'

'I'm breathless with excitement and anticipation as I turn every page'

'As ever, Jodi has us alternately chortling, anxiously worrying about the characters' fates and dreading getting to the end of the book

Jodi Taylor is the internationally bestselling author of the Chronicles of St Mary's series, the story of a bunch of disaster prone individuals who investigate major historical events in contemporary time. Do NOT call it time travel! She is also the author of the Time Police series - a St Mary's spinoff and gateway into the world of an all-powerful, international organisation who are NOTHING like St Mary's. Except, when they are.

Alongside these, Jodi is known for her gripping supernatural thrillers featuring Elizabeth Cage together with the enchanting Frogmorton Farm series - a fairy story for adults.

Born in Bristol and now living in Gloucester (facts both cities vigorously deny), she spent many years with her head somewhere else, much to the dismay of family, teachers and employers, before finally deciding to put all that daydreaming to good use and write a novel. Nearly twenty books later, she still has no idea what she wants to do when she grows up.