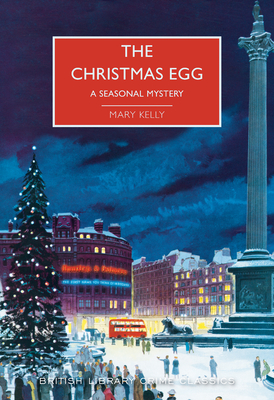 By Mary Kelly, Martin Edwards (Introduction by)
$14.99
On Our Shelves Now

Discover the captivating treasures buried in the British Library's archives. Largely inaccessible to the public until now, these enduring crime classics were written in the golden age of detective fiction.

Chief Inspector Brett Nightingale and Sergeant Beddoes have been called to a gloomy flat off Islington High Street. An elderly woman lies dead on the bed, and her trunk has been looted. The woman is Princess Olga Karukhin--an emigrant of Civil War Russia--and her trunk is missing its glittering treasure...

Out in the dizzying neon and festive chaos of the capital a colourful cast of suspects abound: the downtrodden grandson, a plutocratic jeweller, Bolsheviks with unfinished business... Beddoes and Nightingale have their work cut out in this tightly-paced, quirky and highly enjoyable jewel of the British crime genre. This never-before-republished novel goes beyond the neat puzzles of country house historical mysteries by delivering the darker side of British police procedurals in an evocative urban setting.