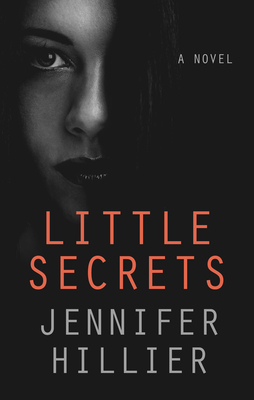 "Unflinching and unforgettable. Little Secrets has everything you want in a thriller" --Riley Sager, New York Times bestselling author of Lock Every Door

Overwhelmed by tragedy, a woman desperately tries to save her marriage in award-winning author Jennifer Hillier's Little Secrets, a riveting novel of psychological suspense.

All it takes to unravel a life is one little secret...

Marin had the perfect life. Married to her college sweetheart, she owns a chain of upscale hair salons, and Derek runs his own company. They're admired in their community and are a loving family--until their world falls apart the day their son Sebastian is taken.

A year later, Marin is a shadow of herself. The FBI search has gone cold. The publicity has faded. She and her husband rarely speak. She hires a P.I. to pick up where the police left off, but instead of finding Sebastian, she learns that Derek is having an affair with a younger woman. This discovery sparks Marin back to life. She's lost her son; she's not about to lose her husband, too. Kenzie is an enemy with a face, which means this is a problem Marin can fix.

JENNIFER HILLIER was born and raised in Toronto, Canada, and lived in the Seattle area for years before returning home to Toronto, where she now lives with her family. Her book, Jar of Hearts, was the Winner of the International Thriller Writers Award for Best Hardcover Novel. Jennifer is the author of Wonderland, Creep, and Jar of Hearts.