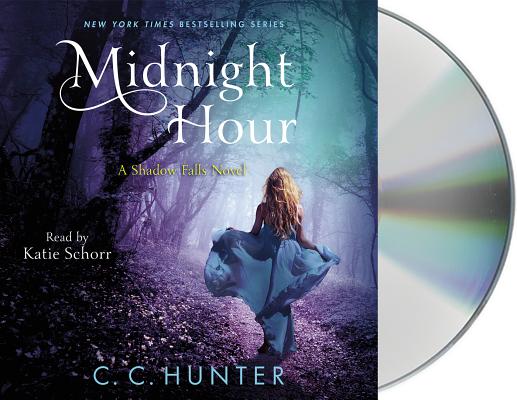 “Shadow Falls has everything I could wish for in a series…a thrilling tale of self-discovery, friendship and love.” —Bewitched Bookworm

After captivating millions across the globe, the Shadow Falls saga reaches its final—and most unforgettable—chapter yet! Prepare to fall in love all over again. . .

Being a dyslexic witch is a curse in itself, but Miranda Kane’s time at Shadow Falls has helped her harness her magical powers. Now, just as she’s finally mastered them and is preparing to graduate with her friends, a near-death experience threatens to ruin it all.

Miranda awakens in the hospital with a mysterious tattoo that no one can explain. As she struggles to make sense of it – and questions her feelings for a certain irresistible shape-shifter and a hot new guy – the strange markings begin to spread all over her body, leaving her desperate to find answers. But before she can solve that problem, a new one arises: her sister is missing.

Has her sister been kidnapped? Miranda will risk her life to find out. Will she live to share the day she’s worked so hard for with her friends? When the clock strikes midnight, will Miranda make it to her graduation at Shadow Falls?

Katie Schorr's audiobook credits include narrating the novels in Alyson Noel's bestselling Immortals series – Evermore, Blue Moon, Shadowland, and Dark Flame.  Of her work on the series, AudioFile magazine has said, "Narrator Katie Schorr has a wonderfully raspy, youthful voice, which she puts to good effect on the cast of teenaged characters."Schorr’s one-woman show, Take Me. Seriously., ran for six months at The Upright Citizens Brigade Theater, and she performs throughout New York in new works at The Ensemble Studio Theater and Ars Nova, among other theaters.  She has appeared on VH1's Best Week Ever and co-stars in the web series Head in the Oven with Saturday Night Live actor Bill Hader. She is the co-creator of Yoga Partners: A Web Series.