Beyond the Ruby Veil (Hardcover) 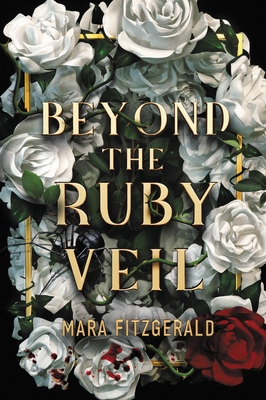 Beyond the Ruby Veil (Hardcover)


Available from Our Distributor (Not in Store)
A dark, queer YA fantasy that's perfect for fans of the Three Dark Crowns series. After Emanuela Ragno kills the one person in Occhia who can create water, she must find a way to save her city from dying of thirst. Emanuela Ragno always gets what she wants. With her daring mind and socialite schemes, she refuses to be the demure young lady everyone wants her to be. In her most ambitious move yet, she's about to marry Alessandro Morandi, her childhood best friend and the heir to the wealthiest house in Occhia. Emanuela doesn't care that she and her groom are both gay, because she doesn't want a love match. She wants power, and through Ale, she'll have it all. But Emanuela has a secret that could shatter her plans. In the city of Occhia, the only source of water is the watercrea, a mysterious being who uses magic to make water from blood. When their first bruise-like omen appears on their skin, all Occhians must surrender themselves to the watercrea to be drained of life. Everyone throughout history has given themselves up for the greater good. Everyone except Emanuela. She's kept the tiny omen on her hip out of sight for years. When the watercrea exposes Emanuela during her wedding ceremony and takes her to be sacrificed, Emanuela fights back . . . and kills her. Now Occhia has no one to make their water and no idea how to get more. In a race against time, Emanuela and Ale must travel through the mysterious, blood-red veil that surrounds their city to uncover the secrets of the watercrea's magic and find a way to save their people -- no matter what it takes.
Mara Fitzgerald writes YA fantasy about unlikable female characters who ruin everything. She is a biologist by day and spends entirely too much time looking at insects under a microscope. She was born near Disney World and now lives near Graceland, which is almost as good. Beyond the Ruby Veil is her debut novel.
"Perfect for fans of Holly Black's The Cruel Prince and Emily A. Duncan's Wicked Saints...a must-purchase for YA collections."—School Library Journal

"Fitzgerald populates her story with fierce women who rule cities and seek glory."—Booklist

"Wicked sharp and queer as hell, Mara Fitzgerald's Beyond the Ruby Veil takes you on a breathless ride through a world of blood magic and terrifying secrets, with writing as vicious, provocative, and darkly witty as anti-heroine Emanuela herself."—Nina Varela, author of the Crier's War duology

"With a plot just as intelligent, ruthless, and unpredictable as its heroine, Beyond the Ruby Veil is a YA fantasy debut that will leave readers demanding the sequel."—Christine Lynn Herman, author of The Devouring Gray duology

"Beyond the Ruby Veil explores the themes of power, ambition, and the thin line between hero and villain in one of the most ingenious fantasy worlds I've seen in YA. Emanuela is both darkly funny and utterly terrifying, and I was compelled to follow her until the bitter, bloodthirsty end."—Julie C. Dao, author of The Rise of the Empress duology

"Like its singular heroine, Beyond the Ruby Veil demands every bit of your attention. A dark, vicious gem you won't be able to put down."—Katy Rose Pool, author of Morris Award finalist There Will Come A Darkness

"Beyond the Ruby Veil is a wild ride of a debut, with a heroine you can't help but root for and a world you can't help but fear. You'll be kept guessing what will happen next and delighted by Fitzgerald's mind."—Tara Sim, author of the Scavenge the Stars duology

"With prose as ruthless and unflinching as its main character, Beyond the Ruby Veil is a bloody story of ambitious girls and the people who can't help but worship them. Fitzgerald brings a fresh new voice to the fantasy genre, a talent to keep your eye on."—Isabel Sterling, author of the These Witches Don't Burn series