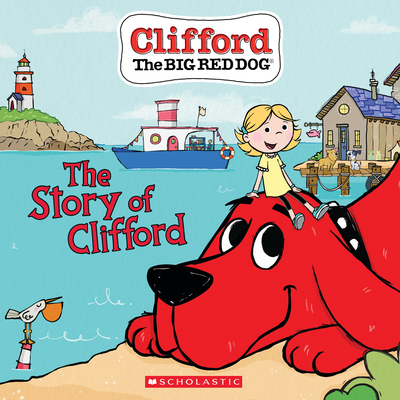 Meet the newest iteration of Clifford the Big Red Dog as he leads a parade through Birdwell Island!Welcome to Birdwell Island, home of Emily Elizabeth and Clifford the Big Red Dog! Clifford and Emily Elizabeth have been best friends since Clifford was a small red puppy. But then Clifford grew... and grew... and GREW! Now Clifford is the biggest, friendliest dog in the whole world, and he and Emily Elizabeth share BIG adventures every day!Join these two best friends as they explore their magical island home and lead the town in a parade through Birdwell Island. This beautiful storybook is the perfect introduction to the world of the new Clifford TV show on Amazon and PBS Kids. Plus, it introduces a new, diverse cast and fresh, adorable art!
Norman Bridwell was the author and illustrator of numerous children's books, including the beloved Clifford series. The delightful stories about a big red dog named Clifford and his friend, Emily Elizabeth, have sold over 126 million copies in 13 languages!
Meredith Rusu lives in New Jersey with her husband and two young sons. She is the author of more than one hundred children's books for licenses such as LEGO, Disney/Pixar, Captain Underpants, and Star Wars. She is also the author of the DATA Set series under the name Ada Hopper. When she isn't writing, Meredith enjoys singing karaoke, spending time with family, and going on the occasional adventure or two.