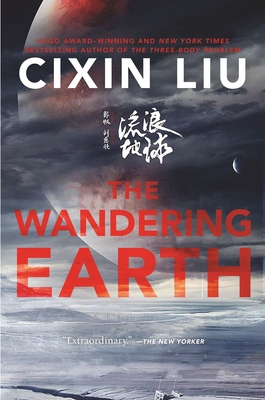 These ten stories, including five Chinese Galaxy Award-winners, are a blazingly original ode to planet Earth, its pasts, and its futures. Liu's fiction takes the reader to the edge of the universe and the end of time, to meet stranger fates than we could have ever imagined.

With a melancholic and keen understanding of human nature, Liu's stories show humanity's attempts to reason, navigate, and above all, survive in a desolate cosmos.

CIXIN LIU is the most prolific and popular science fiction writer in the People’s Republic of China. Liu is an eight-time winner of the Galaxy Award (the Chinese Hugo) and a winner of the Chinese Nebula Award. Prior to becoming a writer, he worked as an engineer in a power plant. His novels include The Three-Body Problem, The Dark Forest, and Death's End.

“Liu conjures a sense of wonder while grounding his tales in well-wrought characters. This is a masterwork.”—Publishers Weekly, starred review

“The passion in Liu's writing becomes an unstoppable force. These are the stories that really leap off the page and stick with you long after you’re done.”—Tor.com

“This audacious and ultimately optimistic early work will give Liu's English-reading fans a glimpse at his evolution as a writer and give any speculative fiction reader food for deep thought.”—Shelf Awareness on Supernova Era

Praise for the Three-Body trilogy:

“The War of the Worlds for the twenty-first century . . . Packed with a sense of wonder.”—The Wall Street Journal

“Tackles politics, philosophy, and virtual reality in a story that moves at a thriller's pace.”—The Washington Post

“Evokes the thrill of exploration and the beauty of scale.”—The New Yorker

“Stunning, elegant . . . A science fiction epic of the most profound kind.”—NPR