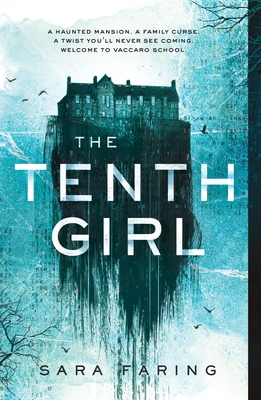 Simmering in Patagonian myth, Sara Faring's The Tenth Girl is a gothic psychological thriller with a haunting twist.

At the very southern tip of South America looms an isolated finishing school. Legend has it that the land will curse those who settle there. But for Mavi—a bold Buenos Aires native fleeing the military regime that took her mother—it offers an escape to a new life as a young teacher to Argentina’s elite girls.

Mavi tries to embrace the strangeness of the imposing house—despite warnings not to roam at night, threats from an enigmatic young man, and rumors of mysterious Others. But one of Mavi’s ten students is missing, and when students and teachers alike begin to behave as if possessed, the forces haunting this unholy cliff will no longer be ignored... and one of these spirits holds a secret that could unravel Mavi’s existence.

"Layered and challenging, and full to bursting with intelligence, while at the same time exuberantly bizarre, like it’s having the best time on its own and daring you to join in."—Rory Power, New York Times bestselling author of Wilder Girls

"Faring's exquisite prose weaves a tale that is both seductively eerie and wildly original. I've never read anything like it."—April Genevieve Tucholke, author of The Boneless Mercies

Born in Los Angeles, Sara Faring is a multilingual Argentine-American fascinated by literary puzzles. After working in investment banking at J.P. Morgan, she worked at Penguin Random House. She holds degrees from the University of Pennsylvania in International Studies and from the Wharton School in Business. The Tenth Girl is her debut book. She currently resides in New York City.

"A hauntingly good read, full of terror and mystery." —Hypable

"Gothic thriller meets science fiction in this enthralling labyrinth of a story that is as deeply emotional as it is entirely unpredictable. Faring is brilliant." —The Bulletin, starred review