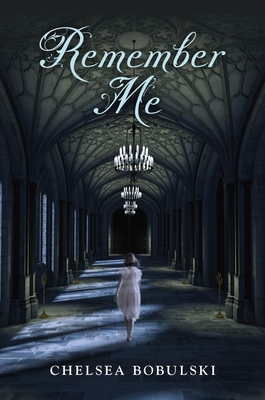 In Chelsea Bobulski's Remember Me, an eerie and suspenseful YA novel, a teen girl discovers what connects her to the hotel she calls home as horrifying visions lead her to the truth.

Nell Martin is moving again, this time to the Winslow Grand Hotel, built in 1878. As Nell is settling in, strange things begin to happen. Doors lock of their own accord, writing appears on bathroom walls—and most horrifying of all—visions of a dead boy permeate her waking life. Thinking it was her mind playing tricks on her, she soon finds the past and the present colliding as she learns horrific details of a murder that happened at the hotel in 1907 involving a girl named Lea.

Nell and a mysterious bellboy must relive that day in hopes of finally breaking a curse that imprisons them both. And Nell discovers what truly links her to the history of the Winslow Grand Hotel.

Chelsea Bobulski is a graduate of The Ohio State University with a degree in history. Although she grew up in Columbus, Ohio, with a possibly magical wood behind her house, she now lives in northwest Ohio with her husband, daughter, and dog. Chelsea is the author of The Wood.
"This is a classic ghost story, finely crafted and skillfully executed, balancing the emotional tension of a doomed romance with some pretty excellent jump scares. Chapters that alternate between Nell’s and Lea’s perspective often see them taking the same physical path through the hotel, wrapping the scenes in unease and foreboding, until Bobulski unleashes the true terror with vivid scenes of death and violence." --Bulletin of the Center for Children's Books