How the Light Gets In (Paperback) 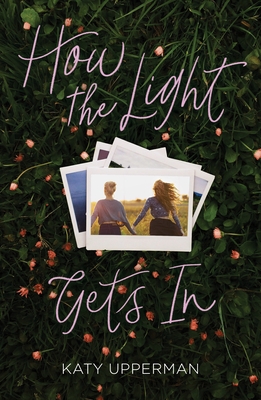 By Katy Upperman
$10.99
Not Yet Published

Katy Upperman's How the Light Gets In is a haunting YA novel about a teen coping with the loss of her sibling.

Since her sister’s tragic death, seventeen-year-old Callie Ryan has basically given up. Her grades have plummeted, she’s quit her swim team, and she barely recognizes the people her parents once were.

When she returns to her aunt’s run-down coastal Victorian one year after Chloe’s death, Callie resigns herself to a summer of guilt and home renovations. She doesn’t expect to be charmed by the tiny coastal town or by Tucker Morgan, a local boy brimming with sunshine.

But even as her days begin to brighten, Callie’s nights are crowded with chilling dreams, unanswered questions, and eerie phenomenon that have her convinced she’s being haunted. Will Callie be able to figure out what her sister is trying to communicate before it’s too late?

Katy Upperman is a graduate of Washington State University, a former elementary school teacher, and an insatiable reader. When not writing for young adults, Katy can be found whipping up batches of chocolate chip cookies, or exploring the country with her husband and daughter. Kissing Max Holden is her debut novel.