Shadow Falls: The Next Chapter: Taken at Dusk and Whispers at Moonrise (A Shadow Falls Novel) (Paperback) 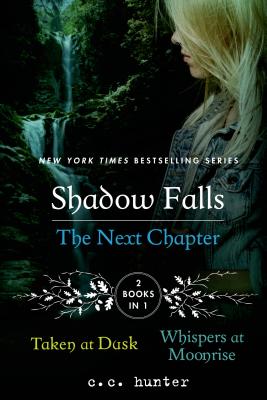 Shadow Falls: The Next Chapter: Taken at Dusk and Whispers at Moonrise (A Shadow Falls Novel) (Paperback)

"Shadow Falls has everything I could wish for in a series. With layers of secrets, it's a thrilling tale about self-discovery, friendship, love and finding a place in the world." –Bewitched Bookworms

Even at a camp for supernatural teens, Kylie Galen has never been normal, and the more she discovers about her true identity, the more she wants to know. The truth about who her real family is, the truth about which boy she's meant to be with—and the truth about what her emerging powers mean. But she's about to discover that some secrets can change your life forever…and not always for the better.

Just when she and Lucas are finally getting close, she learns that his pack has forbidden them from being together. Was it a mistake to pick him over Derek? And it's not just romance troubling Kylie. Ghosts are haunting her, and one delivers a frightful warning: someone lives and someone dies. As Kylie races to unravel the mystery and protect those she loves, she finally unlocks the truth about her supernatural identity, which is far different—and more astonishing—than she ever imagined.