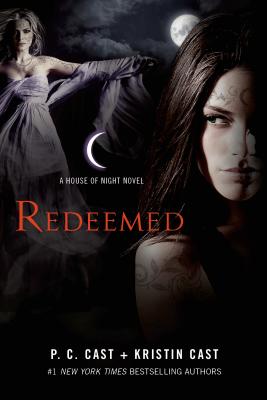 This is book number 12 in the House of Night Novels series.

Zoey Redbird is in trouble. Having released the Seer Stone to Aphrodite, and surrendered herself to the Tulsa Police, she has isolated herself from her friends and mentors, determined to face the punishment she deserves—even if that means her body will reject the change, and begin to die. Only the love of those closest to her can save her from the Darkness in her spirit; but a terrible evil has emerged from the shadows, more powerful than ever…

Neferet has finally made herself known to mortals. Crowning herself a Dark Goddess, she is evil unleashed and is enslaving the citizens of Tulsa. The vampyres of the House of Night have banded with the police, and are gathering every last resource they have, but they know that no single vampyre is strong enough to vanquish her—unless that vampyre has the power to summon the elements as well as the ability to wield Old Magick. Only Zoey is heir to such power…but because of the consequences of using Old Magick, she is unable to help.

In the final novel in the House of Night series, an epic battle of Light versus Darkness will decide who is redeemed…and who is forever lost.

The House of Night series by P.C. Cast and Kristin Cast is an international phenomenon, reaching #1 on U.S., German, and UK bestseller lists, and remaining a fixture on The New York Times Children's Series bestseller list for nearly 160 weeks and counting, with more than 12 million copies in print and rights sold in thirty–eight countries to date.

“Both intense and thoroughly entertaining. . . . this outing will not disappoint House of Night fans.” —Kirkus Reviews on Destined

“This amazing writing pair once again weaves together a world where rising darkness threatens and brave teens risk everything.” —RT Book Reviews (4 ½ stars) on Destined

“The saga of the House of Night series continues to smolder in Burned . . . fast paced and packed with mystery, suspense, and romance, this book is a hard one to put down.” —Voya