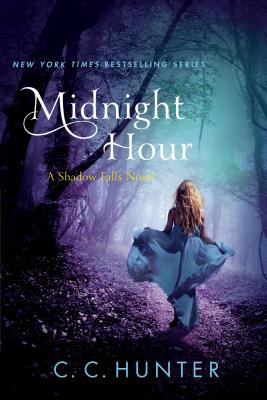 This is book number 4 in the A Shadow Falls Novel series.

“Shadow Falls has everything I could wish for in a series…a thrilling tale of self-discovery, friendship and love.” —Bewitched Bookworm

After captivating millions across the globe, the Shadow Falls saga reaches its final—and most unforgettable—chapter yet! Prepare to fall in love all over again. . .

Being a dyslexic witch is a curse in itself, but Miranda Kane’s time at Shadow Falls has helped her harness her magical powers. Now, just as she’s finally mastered them and is preparing to graduate with her friends, a near-death experience threatens to ruin it all.

Miranda awakens in the hospital with a mysterious tattoo that no one can explain. As she struggles to make sense of it – and questions her feelings for a certain irresistible shape-shifter and a hot new guy – the strange markings begin to spread all over her body, leaving her desperate to find answers. But before she can solve that problem, a new one arises: her sister is missing.

Has her sister been kidnapped? Miranda will risk her life to find out. Will she live to share the day she’s worked so hard for with her friends? When the clock strikes midnight, will Miranda make it to her graduation at Shadow Falls?

C.C. Hunter is the author of the young adult fantasy series Shadow Falls, including the books Born at Midnight and Awake at Dawn. She grew up in Alabama, where she caught lightning bugs, ran barefoot, and regularly rescued potential princes, in the form of Alabama bullfrogs, from her brothers. Today, she's still fascinated with lightning bugs, mostly wears shoes, but has turned her focus to rescuing mammals. She now lives in Texas with her four rescued cats, one dog, and a prince of a husband, who for the record, is so not a frog. When she's not writing, she's reading, spending time with her family, or shooting things--with a camera, not a gun. C.C. Hunter is a pseudonym. Her real name is Christie Craig and she also writes humorous romantic suspense romance novels.
"C. C. Hunter has an amazing talent to make you laugh, cry, and laugh again all in the same chapter!" -- Crossroad Review