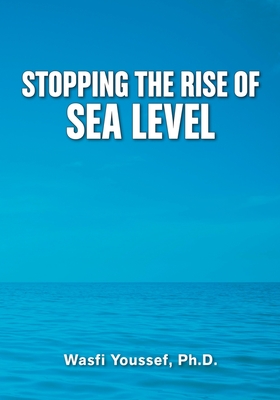 This book presents a feasible solution that stops, or even reverses, the rise of sea level.

Until today, the world believes that the rise of sea level is unstoppable and acts accordingly. To protect coastal cities and lowlands from the rising sea level, huge walls and other expensive projects are either built or under planning. Because of the continuous rise of sea level, Indonesia is moving its Capital, Jakarta, to a higher location.

The good news this book present to the world is that the rise of sea level can be stopped, or even reversed. Through research, this author estimated that the rivers of the world discharge 25,350 cubic kilometers of water into the open seas (oceans, seas, and gulfs), per year. By Knowing the area of the oceans, this author calculated that the volume of the water the world's rivers discharge into the open seas raises their level by 70 millimeters (2.76 inches), per year. This water does not cause the sea level to rise, because evaporation from the oceans exceeds the precipitation that falls on them by 70 millimeters, per year.

Therefore, this author came to the conclusion that if a portion of the water the rivers of the world discharge into the open seas is used to grow 100 billion shade and fruit trees, irrigate 240 million acres of agricultural crop, and produce 10 billion cubic meter of potable water each year, the rise of sea level would be stopped, or even reversed.

In addition to stopping the rise of sea level, this author estimated that these projects would absorb 10 billion tonnes of carbon dioxide from the atmosphere, per year, feed one billion people, and provide potable water to the countries that have limited freshwater resources.

Additionally, this book informs the reader of the global warming, its main causes, the amount of emitted greenhouse gases, per year, and the biggest polluting countries. Also presented are the IPCC 6th Assessment Reports.

The disasters resulting from the rising sea level are presented in one chapter. Another chapter explains how stopping the rise of sea water can be accomplished. One chapter calls for the creation of the Congo River authority. The last 2 chapters explain the Paris Agreement and the COP26 Summit. Their main articles and their advantages and disadvantages are presented.