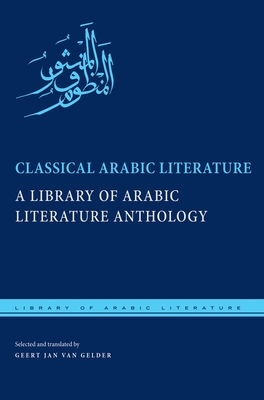 A major translation achievement, this anthology presents a rich assortment of classical Arabic poems and literary prose, from pre-Islamic times until the eighteenth century, with short introductions to guide non-specialist students and informative endnotes and bibliography for advanced scholars. Both entertaining and informative, Classical Arabic Literature ranges from the early Bedouin poems with their evocation of desert life to refined urban lyrical verse, from tender love poetry to sonorous eulogy and vicious lampoon, and from the heights of mystical rapture to the frivolity of comic verse. Prose selections include anecdotes, entertaining or edifying tales and parables, a fairy-tale, a bawdy story, samples of literary criticism, and much more.

With this anthology, distinguished Arabist Geert Jan van Gelder brings together well-known texts as well as less familiar pieces new even to scholars. Classical Arabic Literature reveals the rich variety of pre-modern Arabic social and cultural life, where secular texts flourished alongside religious ones. This masterful anthology introduces this vibrant literary heritage--including pieces translated into English for the first time--to a wide spectrum of new readers. An English-only edition.
Geert Jan van Gelder was Laudian Professor of Arabic at the University of Oxford from 1998 to 2012. He is the author of several books on classical Arabic literature, including Beyond the Line: Classical Arabic Literary Critics on the Coherence and Unity of the Poem and Of Dishes and Discourse: Classical Arabic Literary Representations of Food.