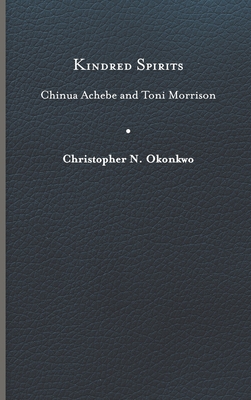 Nigerian novelist Chinua Achebe-author of Things Fall Apart, one of the towering works of twentieth-century fiction-is considered the father of modern African literature. The equally revered Toni Morrison, author of masterworks such as Beloved, acknowledges African literature's and Achebe's influence on her own work. Until now, however, there has been no book that focuses on and critically explores the rich connections between these two writers.

In Kindred Spirits, Christopher Okonkwo surveys both writers' oeuvres. He examines significant relations between Achebe's and Morrison's personal backgrounds, career histories, artistic visions, and life philosophies, finding in them striking parallels. He then pairs a trilogy of novels by each author, through what he theorizes as "villagism," and closely analyzes the works as century-spanning village literature that looks to the local to reveal the universal.