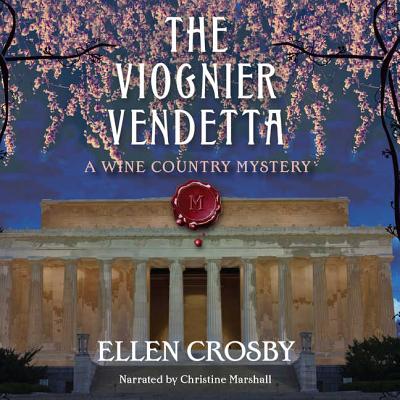 This is book number 5 in the Wine Country Mysteries (Audio) series.

When Lucie Montgomery visits Washington, DC, she doesn't expect that her reunion with old friend Rebecca Natale is a setup. But Rebecca disappears into thin air after running an errand for her boss, billionaire philanthropist and investment guru Sir Thomas Asher. Also missing: an antique silver wine cooler looted by British soldiers before they burned the White House during the War of 1812. The next morning Lucie identifies Rebecca's neatly folded clothes found in a rowboat floating in the Potomac River. Is it suicide, murder, or an elaborate scheme to disappear?