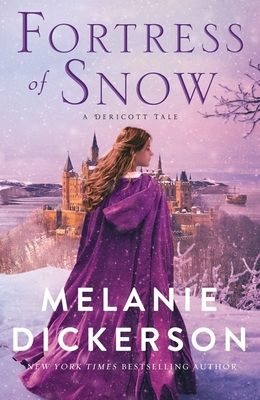 Mazy dreams of independence. Sir Berenger longs to play the hero. But in each other, they may find the secret to happily ever after.

Mazelina of Wexcombe has always dreamed of traveling with her father to lands beyond the confining walls of their castle. But his sudden death deprives her of the future she imagined. Abandoned by her eldest brother, Mazy is soon forced to seek help from her beloved brother Sir John at the great estate of Strachleigh.

Her visit leads to a friendship with the dashing and noble Sir Berenger of Dericott. He has notions of rescuing a damsel in distress. But Mazy is brave enough to defend herself--and has proven that her skills in archery and knife throwing rival that of a knight's. So when he is called away to Prussian lands, Sir Berenger looks to distinguish himself in battle.

When Sir Berenger returns, he and Mazy meet again on the streets of London, where she is making a living selling goods in the market. Meanwhile, he has been summoned by the king to receive a reward for his service. But the recognition comes with a price: He must marry a wealthy, titled widow to please the king. But when Mazy begins to suspect treachery, she embarks on a journey to the fortress of snow to warn the brave knight--and secure her own fairy-tale ending.

In this fourth novel set in the Dericott universe, Melanie Dickerson weaves an exciting reimagining of the Snow Queen tale.