From Women to the World: Letters for a New Century (Hardcover) 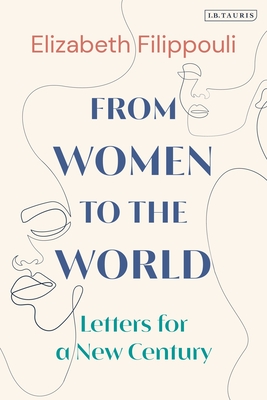 From Women to the World: Letters for a New Century (Hardcover)

These are a few of the moving and insightful letters that make up From Women to the World, a book by journalist, author and executive Elizabeth Filippouli, which brings together letters from a global group of accomplished women - politicians, royalty, actors, writers, activists and more - every one addressed to a woman who means something to each of them. The results are extraordinary, heartfelt letters to historical figures, mentors, family members or inspiring ordinary people. Each is based on these women's personal histories and experiences, drawing attention to social issues such as homelessness, war, LGBT activism, mental health care or the plight of international refugees. From Women to the World is more than a simple collection of letters - it is a book that shows a new model of leadership based on emotional intelligence and demonstrates how we have the wisdom to inspire, motivate and reinvent our world.
Elizabeth Filippouli is a journalist, activist and social entrepreneur. She is Founder of Global Thinkers Forum (GTF) an independent civil society agency incubated at the University of Oxford, working to promote values-based decision making and supporting women and youth. The organisation launched Athena40 - a family of diverse initiatives that advance women's leadership by creating opportunities for women to be recognized for their work and connecting them with peers from around the world. Elizabeth has worked as investigative journalist and news anchor with the Hellenic Broadcasting Corporation, CNN International and Al Jazeera English. She serves on the Global Advisory Board of the Prince's Trust International.