Queens of the Abyss: Lost Stories from the Women of the Weird (Tales of the Weird) (Paperback) 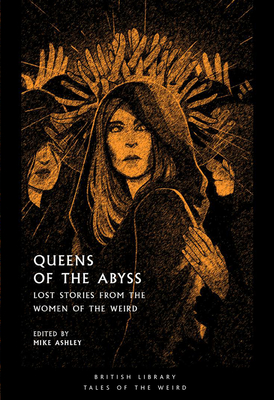 It is too often accepted that during the 19th and early 20th centuries it was the male writers who developed and pushed the boundaries of the weird tale, with women writers following in their wake—but this is far from the truth. This new anthology follows the instrumental contributions made by women writers to the weird tale, and revives the lost authors of the early pulp magazines along with the often overlooked work of more familiar authors. See the darker side of The Secret Garden author Frances Hodgson Burnett and the sensitively-drawn nightmares of Marie Corelli and Violet Quirk. Hear the captivating voices of Weird Tales magazine contributors Sophie Wenzel Ellis, Greye La Spina, and Margaret St Clair, and bow down to the sensational, surreal, and challenging writers who broke down the barriers of the day. Featuring material never before republished, from the abyssal depths of the British Library vaults.

Mike Ashley is an expert on popular fiction of the 19th and 20th centuries who has published more than 100 books on the subject. His Tales of the Weird anthologies include Glimpses of the Unknown: Lost Ghost Stories and From the Depths and Other Strange Tales of the Sea.