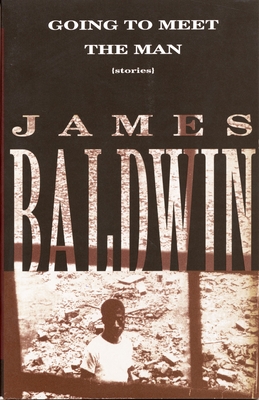 "There's no way not to suffer. But you try all kinds of ways to keep from drowning in it." The men and women in these eight short fictions grasp this truth on an elemental level, and their stories detail the ingenious and often desperate ways in which they try to keep their head above water.

It may be the heroin that a down-and-out jazz pianist uses to face the terror of pouring his life into an inanimate instrument. It may be the brittle piety of a father who can never forgive his son for his illegitimacy. Or it may be the screen of bigotry that a redneck deputy has raised to blunt the awful childhood memory of the day his parents took him to watch a black man being murdered by a gleeful mob.

By turns haunting, heartbreaking, and horrifying--and informed throughout by Baldwin's uncanny knowledge of the wounds racism has left in both its victims and its perpetrators--Going to Meet the Man is a major work by one of our most important writers.

James Baldwin (1924–1987) was a novelist, essayist, playwright, poet, and social critic. His first novel, Go Tell It on the Mountain, appeared in 1953 to excellent reviews, and his essay collections Notes of a Native Son and The Fire Next Time were bestsellers that made him an influential figure in the growing civil rights movement. Baldwin spent much of his life in France, where he moved to escape the racism and homophobia of the United States. He died in France in 1987, a year after being made a Commander of the French Legion of Honor.

"He is thought-provoking, tantalizing, irritating, abusing and amusing. And he uses words as the sea uses waves." —Langston Hughes

“If Van Gogh was our 19th-century artist-saint, James Baldwin is our 20th-century one.”  —Michael Ondaatje

“This author retains a place in an extremely select group; that composed of the few genuinely indispensable American writers.”  —Saturday Review