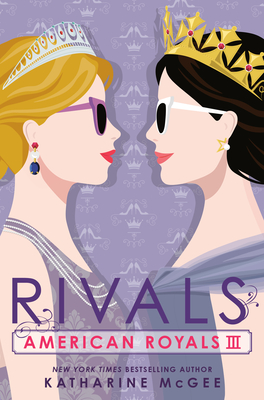 This is book number 3 in the American Royals series.

NEW YORK TIMES BESTSELLING SERIES • The third book in the bestselling American Royals series is here, and a meeting of monarchs will test everyone's loyalty to the crown…and their own hearts.

Beatrice is queen, and for the American royal family, everything is about to change.

Relationships will be tested.
Princess Samantha is in love with Lord Marshall Davis—but the more serious they get, the more complicated things become. Is Sam destined to repeat her string of broken relationships…and this time will the broken heart be her own?

Strangers will become friends.
Beatrice is representing America at the greatest convocation of kings and queens in the world. When she meets a glamorous foreign princess, she gets drawn into the inner circle…but at what cost?

And rivals will become allies.
Nina and Daphne have spent years competing for Prince Jefferson. Now they have something in common: they both want to take down manipulative Lady Gabriella Madison. Can these enemies join forces, or will old rivalries stand in the way?

Katharine McGee is the New York Times bestselling author of the American Royals series and the Thousandth Floor trilogy. She studied English and French literature at Princeton University and has an MBA from Stanford. She lives in her hometown of Houston, Texas, with her husband and son. Visit her online at katharinemcgee.com. Follow her at @katharinemcgee.
“Royal watchers, we've got just the read for you.” —E! News