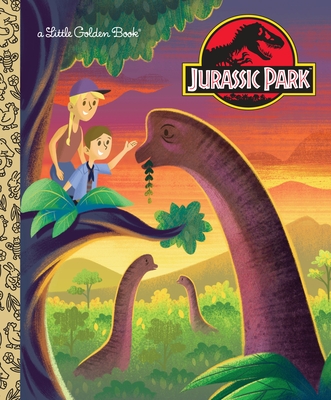 
Available from Our Distributor (Not in Store)
Relive the fun and excitement of Jurassic Park with this amazing Little Golden Book adaptation—just in time for Jurassic World Dominion, roaring into theaters June 10, 2022!


In 1993 Academy Award®-winning director Steven Spielberg introduced audiences everywhere to Jurassic Park, which instantly became a worldwide phenomenon that is still regarded as one of the greatest blockbuster films of all time. Now, the movie's youngest fans and dinosaur enthusiasts can relive the movie in this fun, action-packed--and age-appropriate--Little Golden Book adaptation of Jurassic Park!
ARIE KAPLAN is the author of several fiction and nonfiction books. As a nonfiction author, Arie is best known for his award-winning From Krakow to Krypton: Jews and Comic Books, which is available now from the Jewish Publication Society. He is the author of many Little Golden Books.