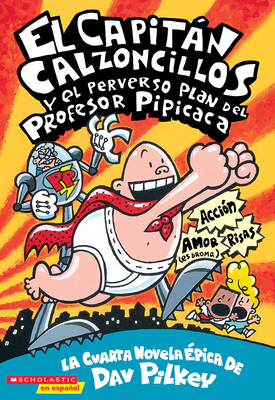 By Dav Pilkey, Dav Pilkey (Illustrator), Miguel Azaola (Translated by)
$5.99
Available from Our Distributor (Not in Store)

This is book number 4 in the Captain Underpants series.