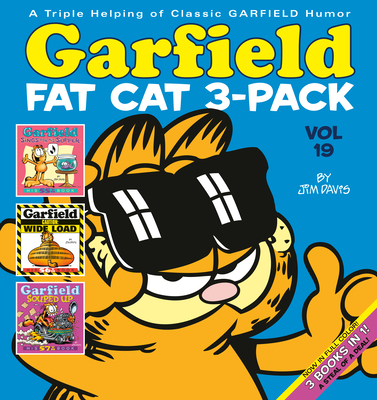 This rollicking collection includes three books in one: Garfield Sings for His Supper, Garfield Caution: Wide Load, and Garfield Souped Up.

Be it ever so crazy, there’s no place like home—especially at the Arbuckle asylum. Fashion fiascos abound! Dim-wittedness and droll rule the day! There’s so much bizarre behavior from Jon and Odie that sometimes Garfield even seems normal. Of course, that delusion doesn’t last for long. Soon, the quirky cat is conversing with a sock puppet and deflating a puffer fish (as well as an ice cream truck’s tires). It’s all in a kooky day’s play!