Garfield Throws His Weight Around: His 33rd Book (Paperback) 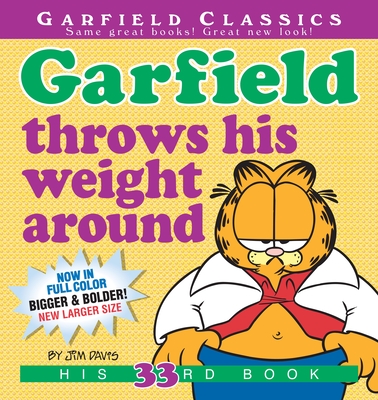 Garfield Throws His Weight Around: His 33rd Book (Paperback)

This is book number 33 in the Garfield series.

The Reigning King of Cats Shows You Who’s Boss!

Garfield rules his kingdom with an iron paw. No one is safe from the portly prankster! So whether he’s playing snap-the-towel with the constantly clueless Odie, giving Jon a “shocking” makeover, or plotting his next line of attack on the birdbath, Garfield always comes out on top!