A Passion for Victory: The Story of the Olympics in Ancient and Early Modern Times (Paperback) 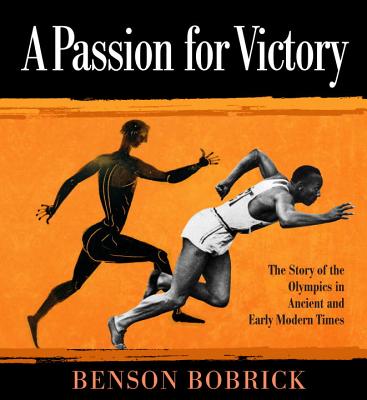 A Passion for Victory: The Story of the Olympics in Ancient and Early Modern Times (Paperback)


Email for availability
From the barefoot races of 8th century BC to the underwater obstacle courses in the early 20th century to the high-tension Berlin Games preceding World War II, the Olympics have always been exciting dramas of athletic prowess and human interest.  In A Passion for Victory, award-winning author Benson Bobrick tells the details of the captivating story of the Olympic Games, starting with their inception in Ancient Greece. This wonderfully readable narrative is rich with anecdotes and profiles of athletes and weaves in important historical events to create a complete picture of each installment of the Games. This thorough account of an international fixation is gripping, poignant, and occasionally hilarious.
BENSON BOBRICK earned his doctorate from Columbia University and is the author of one other nonfiction book for young people, The Battle of Nashville, and several critically acclaimed books for adults. In 2002, he received the Literature Award of the American Academy and Institute of Arts and Letters. He and his wife, Hilary, divide their time between New York and Vermont.
Starred Review, Booklist, June 2012:
“Supported by loads of fascinating quotes, this history of the ancient and early modern Olympics shines.”