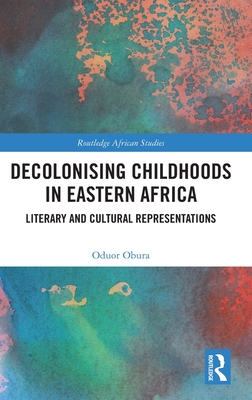 Moving away from portrayals of eastern African childhood as characterised by want, the author argues for a differentiated and pluralist nature of the eastern African childhood. Taking a chronological approach, the author provides a multidisciplinary critical reading of Africanist research on childhood in eastern Africa, drawing from anthropological and cultural studies, while examining writings from the pre-imperial and colonial periods. Moving into the contemporary period, the book reveals the continuity, tensions and ruptures of these portrayals in humanitarian, legal, and journalistic discourses, before exploring postcolonial writings on childhood in works by Eastern African novelists.

Based on such a multidisciplinary perspective, this book will be of interest to scholars of African literature, eastern African history, critical childhood studies, museums and Africanist epistemologies.

Oduor Obura holds a PhD from the University of Potsdam, Germany.