Garfield Life in the Fat Lane: His 28th Book (Paperback) 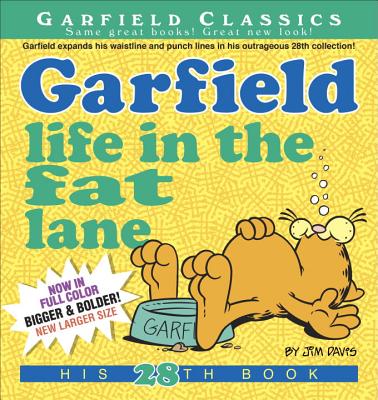 Garfield Life in the Fat Lane: His 28th Book (Paperback)

This is book number 28 in the Garfield series.

A fast-food helping of humor!

What is it that makes Garfield America’s favorite feline? Maybe it’s the way he flies through the fat lane without losing his cool or without missing a meal! You’ll marvel as Garfield finds new ways to evade exercise and beat boredom. But it’s nothing that a few airborne sardines can’t cure, and feeding Odie a jar of sticky peanut butter is a sure way to a slobbering good time. So join Garfield and his friends before the food is gone and the fun slows down!