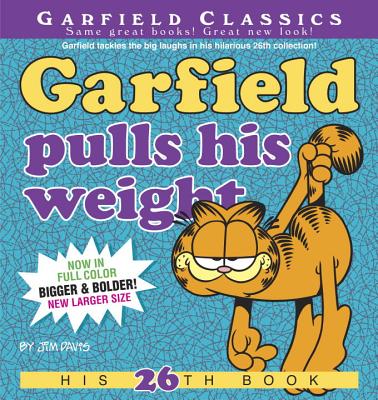 This is book number 26 in the Garfield series.

The perfect holiday gift for fans of the flabby tabby!

Another helping of hilarity, please!

Garfield, the lovable feline who never met a lunch he didn’t like, dishes up another book full of his heavy hijinx and weighty wit. Garfield’s put on a few pounds over the years, but he’s not just getting fatter, he’s getting better! So keep the comedy and calories coming! Whether he’s painting Odie or chowing down on Jon’s favorite fern, Garfield proves he’s still a ton of fun!