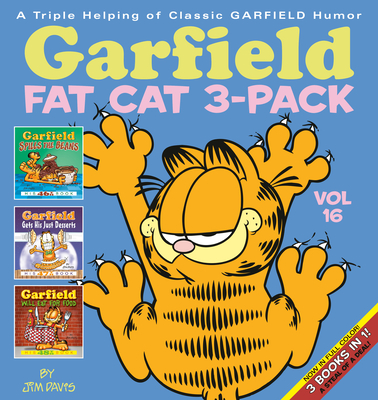 This rollicking collection includes three books in one: Garfield Spills the Beans, Garfield Gets His Just Desserts, and Garfield Will Eat for Food.

Garfield’s back . . . and he’s better—and often weirder—than ever! But then, meathead Jon isn’t exactly normal, either: He’s a few corn dogs shy of a picnic. Together, they drive each other crazy and their fans to laughter.