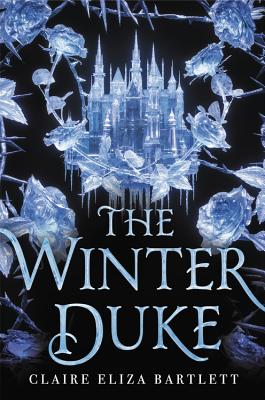 
Available from Our Distributor (Not in Store)
She survived the curse. Now she must survive the throne.

All Ekata wants is to stay alive -- and the chance to prove herself as a scholar. Once Ekata's brother is finally named heir to the dukedom of Kylma Above, there will be nothing to keep her at home with her murderous family. Not her books or her experiments, not her family's icy castle atop a frozen lake, not even the tantalizingly close Kylma Below, a mesmerizing underwater kingdom that provides her family with magic. But just as escape is within reach, her parents and twelve siblings fall under a strange sleeping sickness, and no one can find a cure.

In the space of a single night, Ekata inherits the title of duke, her brother's captivating warrior bride, and ever-encroaching challengers from without -- and within -- her ministry. Nothing has prepared Ekata for diplomacy, for war, for love...or for a crown she has never wanted. If Kylma Above is to survive, Ekata must seize her family's magic and power. And if Ekata is to survive, she must quickly decide how she will wield them both.

The Winter Duke is an enchanted tale of intrigue by Claire Eliza Bartlett, author of the acclaimed young adult fantasy novel We Rule the Night.
Claire Eliza Bartlett grew up in Colorado. She studied history and archaeology and spent time in Switzerland and Wales before settling in Denmark for good. She is the author of We Rule the Night and The Winter Duke. When not at her computer telling mostly fictional stories, she works as a tour guide in Copenhagen, telling stories that are (mostly) true. Claire invites you to visit her online at authorclaire.com.
Praise for The Winter Duke:


"The intrigue begins unfolding immediately and draws readers through to the last page.... Fresh and filled with magic and personality. An enchanting queer fairy tale."
—Kirkus Reviews

"The twist-filled mystery and compelling characters will keep readers guessing and the unexpected but satisfying conclusion will delight those who long for emotional realism within a fantastical story. Refreshing and unique story elements abound in this magic-filled political mystery"—SLJ

"[A] glittering portrait of a cursed kingdom and a girl searching for strength.Fans of dark, queer fairy tales will be eager for this."—Booklist

Praise for We Rule the Night:

* "The richly textured world, painted in snow and fire, filled with disparate, diverse people who all want to win the war, is background to a powerful, slow burning story that develops Linné and Revna's reluctant friendship, their growing understanding of the world, and their emerging identities as soldiers who may not entirely trust the country they are willing to die for. Undercurrents of religion, hypocrisy, betrayal, and honor roil beneath the alternating third-person perspectives.... A fierce and compelling breakout debut that should not be missed." --Kirkus Reviews, starred review

* "Rich characterizations and an enemy that, while it looms in the background, never feels quite as threatening as the country the girls are fighting for complete a story set against the bright, brutal backdrop of war. A breathless series starter from a new voice to watch." --Booklist, starred review