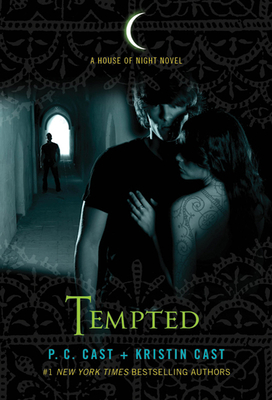 This is book number 6 in the House of Night Novels series.

Dark secrets and unspoken suspicions come between Zoey and Stevie Rae, putting their friendship – and the House of Night – at risk.

After Zoey Redbird and her gang have banished Kalona and Neferet, the fallen High Priestess, from Tulsa, you'd think they'd catch a break. But with Zoey and her sexy Warrior Stark both recovering from a brush with death, and the fledglings struggling to deal with the fallout from Neferet's reign of terror, a break is just not in the forecast. Zoey is haunted by her confusing yet elemental connection with A-ya, the ancient Cherokee maiden who was the only human able to tempt Kalona's body and soul. How will A-ya's pull on her affect Zoey's ability to resist the dangerously seductive immortal?

Meanwhile, Stevie Rae, with her super red vamp powers, always thought she could handle the stuff she's been keeping from her BFF. But the mysterious, threatening force lurking in the tunnels under the Tulsa Depot is spreading; Stevie Rae won't confide where she's been and what she's doing, and Zoey is beginning to wonder just how much she can trust the person she always thought would have her back.

Will their choices destroy them and will darkness consume the House of Night?

“Cast and Cast pull out all the stops and take this story to shattering new heights with devastating consequences!” —Romantic Times (4 ½ stars)

“P. C. And Kristin Cast have made an absolutely amazing [YA] series. The visuals offered by this fantastic duo are entertaining and imaginative, with nonstop action.... This is easily a [YA] series that can entertain adults with action, hot Vampyres, true friendship, budding romance, a Loving Goddess, and a twist of the unexpected.” —HowlingGoodBooks.com (5 stars)

“I loved every one of the books in the [House of Night] series. Tempted is my definite favorite…. This book had me ripping through the pages.” —Teen review on Flamingnet.com

“The Cast duo has done it again! These ladies appear to be an unstoppable force within the world of YA literature… Teenage readers will be drawn to Zoey's everyday, angst-riddled life. Not only does she need to save the world, Zoey needs to solve some major vampyre/human boy drama. These stories are surreal, yet shockingly accurate when it comes to teenagers and their lives.” —TeensReadToo.com (5 stars) on Hunted

“This highly addicting series offers a unique twist on the standard vampyre story....These books will have the reader laughing hysterically and sobbing unreservedly -sometimes all at once.” —VOYA on both Marked and Betrayed

“Teenage issues can seem like life or death, but in this haunting series, House of Night, that's really the case. Through Zoey's eyes readers are led into a world that's getting more complicated by the minute, where friends and enemies can switch positions in a heartbeat. The remarkable Cast duo continues to build a world that you won't soon forget!” —Romantic Times (4.5 stars) on Chosen

“Marked is one of the best coming of age stories to come out of Oklahoma since S. E. Hinton's The Outsiders. It teaches about the beauty of being a social outcast, friendship, and finding your own inner spirituality.” —The Beltane Papers

“Readers will identify with many of the characters, especially the protagonist.” —Library Journal on Marked