The Many Lives of Marilyn Monroe (Paperback) 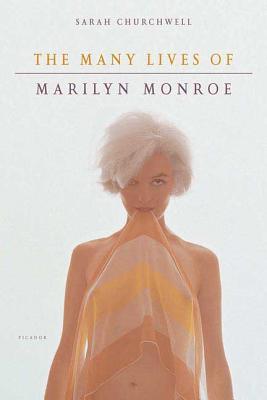 The Many Lives of Marilyn Monroe (Paperback)

There are many Marilyns: sex goddess and innocent child, crafty manipulator and dumb blonde, liberated woman and tragic loner. The Many Lives of Marilyn Monroe reviews the unreliable and unverifiable--but highly significant--stories that have framed this Hollywood legend, all the while revealing the meanings behind the American myths that have made Marilyn what she is today.

In incisive and passionate prose, cultural critic Sarah Churchwell uncovers the shame, belittlement, and anxiety that we bring to the story of a woman we supposedly adore and, in the process, rescues a Marilyn Monroe who is far more complicated and credible than the one we think we know.

Raised in Illinois, Sarah Churchwell was educated at Vassar and Princeton and is now a professor of American literature and culture at the University of East Anglia.

“[A] sustained, strenuous critique of the lazy thinking, sloppy research, and overall softheadedness that characterize so much popular biographical writing.” —A. O. Scott, The New York Times Book Review

“Smart, graceful, and lucid, this is a veritable Sherman's March through the Marilyn oeuvre, with bodies--Mailer, Oates, Miller--strewn everywhere. Instead of a torch, however, Churchwell wields a rapier, and if she flays the authors, it is to lay bare the anatomy of authorship in all its tangled complexity.” —Peter Biskind, author of Down and Dirty Pictures

“Refreshing . . . Her book has torn away layers of false readings and conspiracy theories.” —The New York Times

“Humane and skeptical . . . Churchwell has written an extremely useful deconstruction of the piffle that has accreted around her subject over the years . . . offering realistic alternatives to spiraling fantasies.” —Richard Schickel, Los Angeles Times

“Sarah Churchwell wades through the conflicting bios of the legend so that you don't have to. . . . She provides a fair accounting of the ink spilled thus far and calls attention to the many veils between Marilyn and her audience.” —The Village Voice

“This intelligent and subtle book reminds us that Marilyn Monroe, in our fantasies, was a Snow White we pretended was a Cinderella: the slipper was never going to fit. In telling us the real story of so many wild tales about this mythologized figure, this study shows us that there is truth in lies too, as Hollywood used to insist, if you get enough of them. And if--big if--your mind is as alert and agile as Sarah Churchwell's.” —Michael Wood, author of America in the Movies