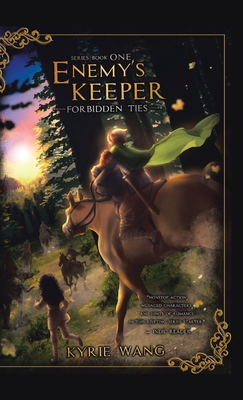 **A YA medieval alternate history adventure**

"The characters are well developed, the scenes are described with attention to detail, and the history is well researched. Interspersed between the battles and the growing need to find clarity between what is good and what is evil, romance blossoms with a subtlety that will have readers sitting on edge, wanting to learn more." - Emily-Jane Hills Orford, author of Queen Mary's Daughter.

The orphans. The outcast. In a country torn by rebellion, they will rise as heroes.

Nine years after the Norman Conquest

Orphaned during a rebellion against William the Conqueror, Heather is thrust into another revolt when her childhood sweetheart disappears to save the son of a murdered Norman knight.

This quarrelsome son, Matthew, is determined to destroy the English rebels who decimated his household. Heather stays out of it-until she is accidentally entangled with a young rebel leader named Toby. Although an Anglo-Saxon like herself, Toby is driven by vengeance against the Normans that she does not share.

As she is whisked off through the forests of medieval England, inhabited by a dangerous but misunderstood tribal society, Heather comes to question her understanding of good and evil. Her decisions increasingly alienate her supposed allies, and she uncovers the unsettling past of the young man she dreamed of marrying.

The final stand she takes in the revolt will put into peril everything she holds dear.

Written for lovers of a clean, slow-burn romance intertwined with action and suspense. Begin your journey to medieval England today

*This is the first installment of the Enemy's Keeper series.