Not Without Laughter (Penguin Vitae) (Hardcover) 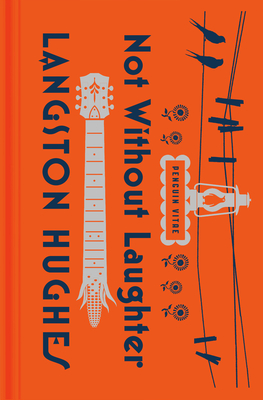 Not Without Laughter (Penguin Vitae) (Hardcover)


Available from Our Distributor (Not in Store)
A collectible hardcover edition of our greatest African American poet's award-winning first novel about a black boy's coming-of-age in a largely white Kansas town, featuring an introduction by National Book Award finalist Angela Flournoy

When first published in 1930, Not Without Laughter established Langston Hughes as not only a brilliant poet and leading light of the Harlem Renaissance but also a gifted novelist. In telling the story of Sandy Rogers, a young African American boy in small-town Kansas, and of his family--his mother, Annjee, a housekeeper for a wealthy white family; his irresponsible father, Jimboy, who plays the guitar and travels the country in search of employment; his strong-willed grandmother Hager, who clings to her faith; his Aunt Tempy, who marries a rich man; and his Aunt Harriet, who struggles to make it as a blues singer--Hughes gives the longings and lineaments of black life in the early twentieth century an important place in the history of racially divided America.

Penguin Vitae--loosely translated as “Penguin of one’s life”--is a deluxe hardcover series from Penguin Classics celebrating a dynamic and diverse landscape of classic fiction and nonfiction from seventy-five years of classics publishing. Penguin Vitae provides readers with beautifully designed classics that have shaped the course of their lives, and welcomes new readers to discover these literary gifts of personal inspiration, intellectual engagement, and creative originality.
Langston Hughes (1902-1967), a central figure of the Harlem Renaissance and one of the most influential and esteemed writers of the twentieth century, was born in Joplin, Missouri, and spent much of his childhood in Kansas before moving to Harlem. Among his other awards and honors were a Guggenheim Fellowship, a Rosenwald Fellowship, and a grant from the American Academy of Arts and Letters. Hughes published more than thirty-five books, including works of poetry, short stories, novels, an autobiography, musicals, essays, and plays.

Angela Flournoy was a finalist for the National Book Award for her debut novel, The Turner House. Her fiction has appeared in The Paris Review, and she has written nonfiction for many publications, including The New York Times, The Nation, and the Los Angeles Times. A graduate of the Iowa Writers' Workshop, Flournoy was raised in Southern California by a mother from Los Angeles and a father from Detroit.
“A lyrical, charming and moving story of a black Midwestern boy.” —Arnold Rampersad

“An eye-opening portrait of the artist as a young black man in the Midwest.” —A. Scott Berg, The New York Times Book Review