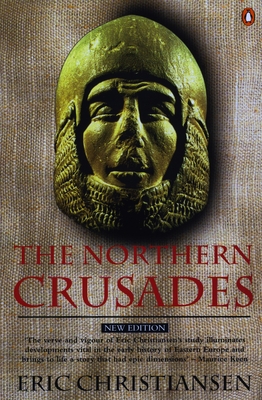 
Email for availability
The 'Northern Crusades', inspired by the Pope's call for a Holy War, are less celebrated than those in the Middle East, but they were also more successful: vast new territories became and remain Christian, such as Finland, Estonia and Prussia. Newly revised in the light of the recent developments in Baltic and Northern medieval research, this authoritative overview provides a balanced and compelling account of a tumultuous era.
ERIC CHRISTIANSEN, a fellow of New College, Oxford, works mainly on Northern history in the Middle Ages. He has lectured in London, Copenhagen and Florida, and is the author of The Origins of Military Power in Spain. He lives in Oxford.
"The verve and vigour of Eric Christiansen's study illuminates developments vital in the early history of Eastern Europe and brings to life a story that had epic dimensions"
—Maurice Keen

"For a one-volume history of the Northern Crusades, the reader has but one choice; this is it"
—William Urban in the American Historical Review