The Between: A Novel (Paperback) 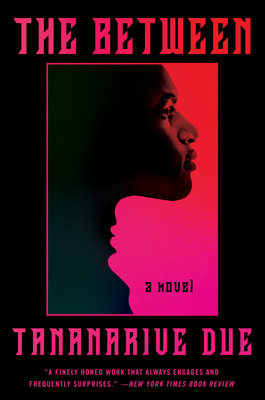 “An extraordinary work of humane imagination . . . call it magic realism with soul.”—Locus

A man risks his soul and his sanity to save his family from malevolent forces in this brilliant novel of horror and the supernatural from the award-winning pioneer of speculative fiction and author of the classic My Soul to Keep.

When Hilton was a boy, his grandmother sacrificed her life to save him from drowning. Thirty years later, he begins to suspect that he was never meant to survive that accident, and that dark forces are working to rectify that mistake.

When Hilton's wife, the only elected African American judge in Dade County, Florida, begins to receive racist hate mail from a man she once prosecuted, Hilton becomes obsessed with protecting his family. The demons lurking outside are matched by his internal terrors—macabre nightmares, more intense and disturbing than any he has ever experienced. Are these bizarre dreams the dark imaginings of a man losing his hold on sanity—or are they harbingers of terrible events to come?

As Hilton battles both the sociopath threatening to destroy his family and the even more terrifying enemy stalking his sleep, the line between reality and fantasy dissolves . . .

Chilling and utterly convincing, The Between is the haunting story of a man desperately trying to hold on to the people and life he loves as he slowly loses himself.

Tananarive Due (tah-nah-nah-REEVE doo) is an award-winning author who teaches Black Horror and Afrofuturism at UCLA. She is an executive producer on Shudder's groundbreaking documentary Horror Noire: A History of Black Horror. Her books include Ghost Summer: Stories, My Soul to Keep, and The Good House. She and her late mother, civil rights activist Patricia Stephens Due, co-authored Freedom in the Family: a Mother-Daughter Memoir of the Fight for Civil Rights. She is married to author Steven Barnes, with whom she collaborates on screenplays. They live with their son, Jason.

“Due masterfully maintains suspense all the while delineating her characters with a psychological realism that makes the unbelieble credible.”
— Washington Post Book World

“This novel of horror and the supernatural has an intriguing and suspenseful plot.”
— Booklist

“An extraordinary work of humane imagination...Call it magic realism with soul. The closest compatriot of The Between is Toni Morrison’s Beloved. Not shabby.”
— Locus

"Due’s first novel, a skillful blend of horror and the supernatural, poses questions about life and identity that transcend racial boundaries.”
— Publishers Weekly

“The Between weaves the real and the surreal into a compelling tapestry of suspense and horror. A masterful debut.”
— Connie Briscoe, author of Sisters & Lovers

“Until now, African-American fiction has lacked a major horror writer. Tananarive Due fills that gap. Her intriguing plot holds readers in suspense until she neatly and profoundly ties together all the threads in the final three pages.”
— Palm Beach Post

“The Between is a powerful debut.”
— Southern Book Trade