Beyond a Darkened Shore (Hardcover) 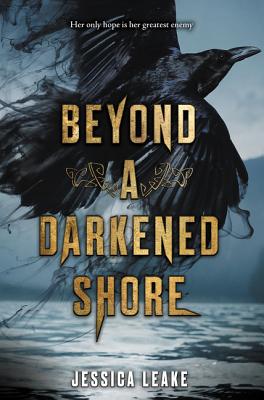 Beyond a Darkened Shore (Hardcover)

The ancient land of Éirinn is mired in war. Ciara, princess of Mide, has never known a time when Éirinn’s kingdoms were not battling for power, or Northmen were not plundering their shores.

The people of Mide have always been safe because of Ciara’s unearthly ability to control her enemies’ minds and actions. But lately a mysterious crow has been appearing to Ciara, whispering warnings of an even darker threat. Although her clansmen dismiss her visions as pagan nonsense, Ciara fears this coming evil will destroy not just Éirinn but the entire world.

Then the crow leads Ciara to Leif, a young Northman leader. Leif should be Ciara’s enemy, but when Ciara discovers that he, too, shares her prophetic visions, she knows he’s something more. Leif is mounting an impressive army, and with Ciara’s strength in battle, the two might have a chance to save their world.

With evil rising around them, they’ll do what it takes to defend the land they love...even if it means making the greatest sacrifice of all.

Jessica Leake is the author of the adult novels Arcana and The Order of the Eternal Sun, both with Skyhorse. She worked for years as a psychotherapist, but even though she loved her clients, she couldn’t stop writing. She lives in South Carolina with her husband, four young children, lots of chickens, and two dogs who keep everyone in line. Beyond a Darkened Shore is her YA debut and is followed by Through the White Wood. Visit her at www.jessicaleake.com.

“readers will have a great time” — Booklist

“Beyond a Darkened Shore is thrilling and romantic. This is a must-read for lovers of fantasy, mythology, and folklore.” — Kody Keplinger, New York Times bestselling author of The DUFF and Run

“A true medieval epic. This book is perfect for fans of Marie Lu and Kristin Cashore.” — Voice of Youth Advocates (VOYA)