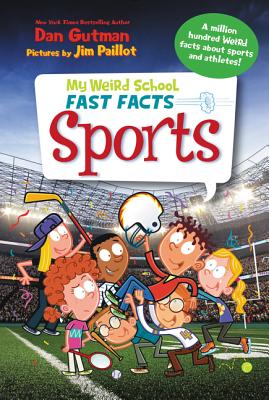 Think fast with A.J. and Andrea from My Weird School!

Whether you’re a kid who wants to know more about sports or just someone who is curious why Major League Baseball umpires have to wear black underwear, this is the book for you!

With more than 30 million books sold, the My Weird School series really gets kids reading!

Jim Paillot lives in Arizona (another weird place) with his weird wife and two weird children. Isn’t that weird? You can visit him on his weird website at www.jimpaillot.com

“The well-chosen and, yes, sometimes weird factoids are informative and definitely entertaining.” — Booklist