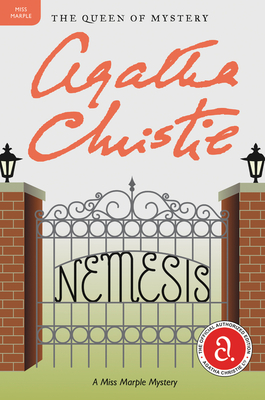 This is book number 11 in the Miss Marple Mysteries series.

In this exclusive authorized edition from the Queen of Mystery, a letter from a dead man instructs Miss Marple how to conduct an investigation into a puzzlingly unspecific crime.

In utter disbelief, Miss Marple read the letter addressed to her from the recently deceased Mr. Rafiel—an acquaintance she had met briefly on her travels. He had left instructions for her to investigate a crime after his death. The only problem was, he had failed to tell her who was involved or where and when the crime had been committed. It was most intriguing.

Soon she is faced with a new crime—the ultimate crime—murder. It seems someone is adamant that past evils remained buried. . . .

“Agatha Christie proves that if you really are good enough, you can break all the ‘rules’ and still come up with a winner.” — Anne Perry, New York Times bestselling author of the Thomas Pitt and William Monk series of Victorian mysteries

“Miss Marple was an old lady now, knowing that a scent for evil was still, in the evening of her days, her peculiar gift.” — Times Literary Supplement (London)