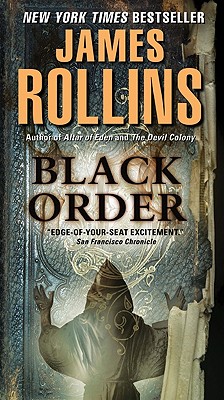 This is book number 2 in the Sigma Force Novels series.

a suspicious bookstore fire propels Commander Gray Pierce on a relentless hunt across four continents—and into a terrifying mystery sur-rounding horrific experiments once performed in a now-abandoned laboratory buried in a hollowed-out mountain in Poland.

in a remote monastery, Buddhist monks inexplicably turn to cannibalism and torture—while Painter Crowe, director of SIGMA Force, begins to show signs of the same baffling, mind-destroying malady . . . and Lisa Cummings, a dedicated American doctor, becomes the target of a brutal clandestine assassin.

Now only Gray Pierce and SIGMA Force can save a world suddenly in terrible jeopardy. Because a new order is on the rise—an annihilating nightmare growing at the heart of the greatest mystery of all: the origin of life.