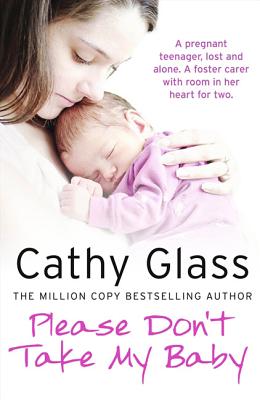 'I'm going to love my baby and give her lots of attention, ' Jade said. 'I'll show my mum she's wrong.'

Jade, 17, is pregnant, homeless and alone when she's brought to live with Cathy. Jade is desperate to keep her baby, but little more than a child herself, she struggles with the responsibilities her daughter brings.

Cathy is worried as soon as Jade arrives: she's never looked after a pregnant teenager before, but none of the mother and baby carers is free, and - seventeen years old, seven months pregnant and homeless - Jade is in a desperate situation.

But Jade doesn't want to listen or advice and although her daughter is born safely it isn't long before Jade's in trouble with the police.

Cathy knows that Jade loves her daughter with all her heart, but will she be able to get through to Jade in time to make her realise just how much she might lose?

Cathy has been a foster carer for over 25 years, during which time she has looked after more than 100 children, of all ages and backgrounds. She has three teenage children of her own; one of whom was adopted after a long-term foster placement. The name Cathy Glass is a pseudonym.Cathy has written 15 books, including bestselling memoirs Cut, Hidden and Mummy Told Me Not To Tell.