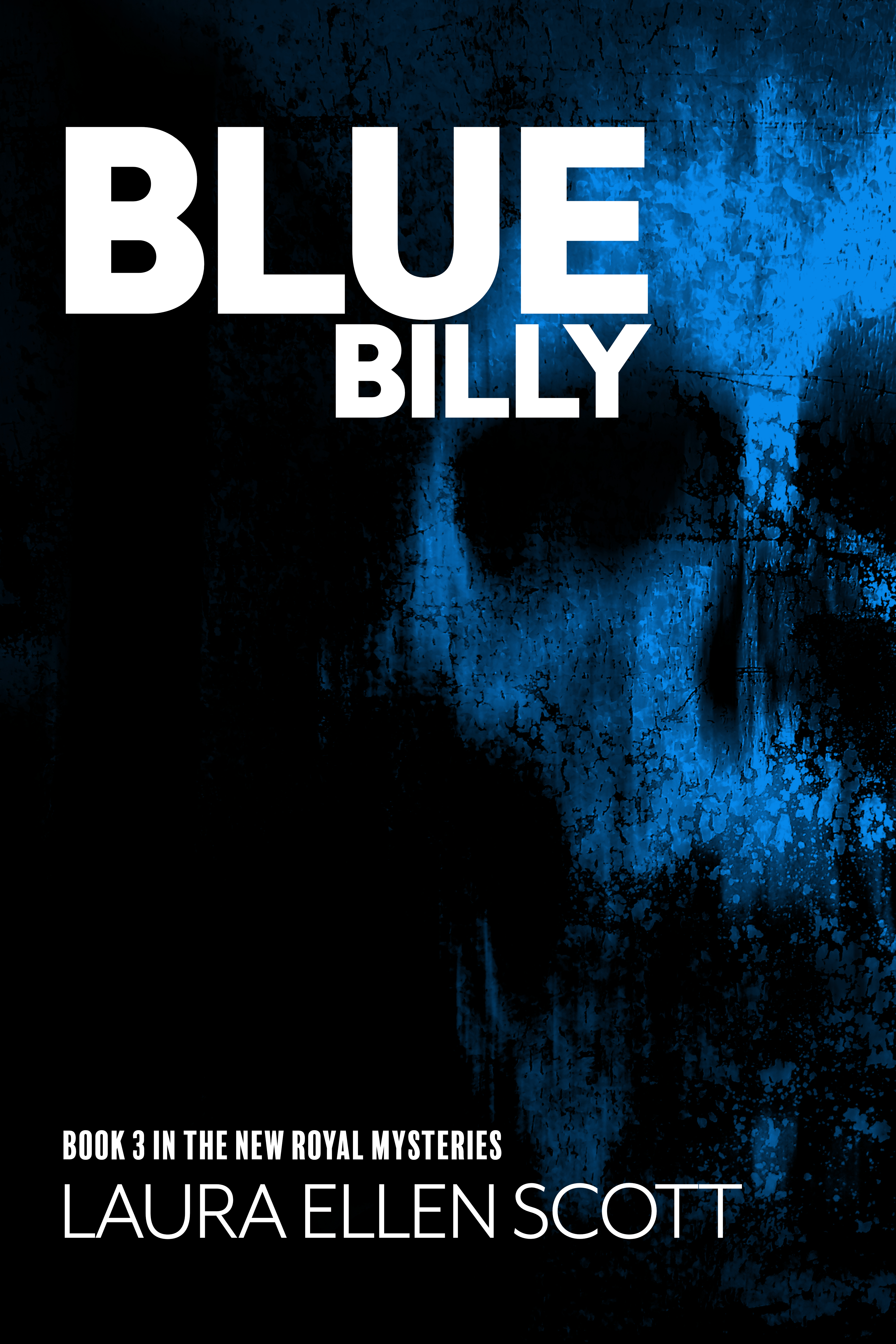 BLUE BILLY, the next in The New Royal Mysteries. The series is set in a fictional college/prison town in Ohio, where the university has partnered with the corrections industry to offer a uniquely resourced Crime Writing Program.

I am the dirt. I am the grave.
I don’t meditate nor drink. I don’t write manifestos.
I turn people into bodies.

So begins the confession of a boogeyman that no one believes in. As he settles into the Magic River Café, Blue Billy doesn’t care that it has deteriorated into an abandoned, filth-ridden shack on the banks of a rancid backwater. This is his home, now. Or it could be, if it weren’t for three women out to prove that he is real.

Crocus Rowe is a parolee with anger issues, who finds herself on the run after she assaults a professor over his unspeakable crimes. When the professor winds up in a refrigerator submerged in the ironically named Magic River, things look bad for Crocus, whose first call is to Alma Bell, a memoirist and much-maligned Blue Billy “expert” from New Royal University’s notorious Crime Writing Program. Haunted by the unsolved 1992 murder of her best friend, Alma will go to any lengths to prove that Blue Billy is responsible. And then there’s Tara Rowe, Crocus’s damaged cousin. As one of Blue Billy’s rare survivors, she’s endured years of experimental therapy and exploitation to become the person she is today: Blue Billy’s stalker.

Children still whisper “Blue Billy” around the campfire, but if Crocus, Alma, and Tara can uncover the truth behind New Royal’s darkest mystery, they may just put an end to the legend, once and for all.

Born and raised in Northern Ohio, Laura Ellen Scott currently live in Fairfax, Virginia where she teaches creative writing at George Mason University. Most weekends, you can find her hiding from the Mothman in her cabin in West Virginia.