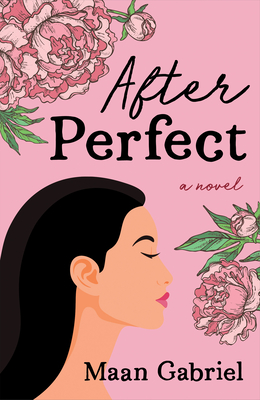 Thirty-six-year-old Gabriella Stevens is living a quiet and content fairy tale as a devoted housewife to Simon--just as her traditional Filipino mother has always told her to do--when, after sixteen years of marriage and twenty years together, he tells he wants a divorce.

Simon has been Gabby's everything since they were kids; without him, her world implodes. But as she navigates her way through the wreckage of the marriage she thought would last forever, she becomes determined to make a life on her own. With New York City as her backdrop, Gabby--single for the first time since she was a teenager--goes back to school, gets her first real job, and faces unfamiliar reality with determination.

Gabby's life takes another turn when she falls in love with her mysterious but utterly beautiful creative writing professor, Colt. Being with Colt is exhilarating for her--something new, something exciting and beyond understanding. He is almost seven years her junior, and a literary genius. But he is also battling demons of his own: a tragic past that may have made him incapable of love.

Is Gabby destined for another heartbreak--or will her connection with Colt be what unbreaks her?

Maan Gabriel is a mom, wife, dreamer, writer, and advocate for women's stories in literature. She earned her BA in communications from St. Scholastica's College in Manila and MPS in public relations and corporate communications from Georgetown University. She has lived in Manila, Brussels, Dakar, and Mexico City. During the day, she works in strategic communications. Gabriel, along with her husband and son, currently calls suburban Washington DC home. After Perfect is her first novel.